An incredible Murder Mystery in the emergency ward of Detroit’s Brighton Hospital……….

I am going to tell you what happened last Friday!!

First off, I have to tell you that everybody enjoyed a lot of this activity. It took us seven hours to find out who was the assassin, that night…. death had taken a more unusual form ….. A murder!

Throughout the night, we had to deal with the Murder Mystery situation. We had to portray a character. Who was the assassin? What was the motive for the crime?   Etc… We also had to choose another player whose presentation we had particularly enjoyed, the best investigator, and the best actor.

As time went on, we were more confidently in our performance, we had to respect our role as best we can and had various relationships with the rest or the characters which were described in our booklet.

As a player, I could describe the Murder Mystery as a mix between Clue and a play. Everything took breathe life into the scenario.

I show you the pictures… 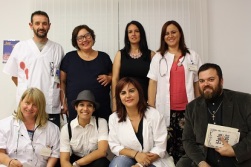 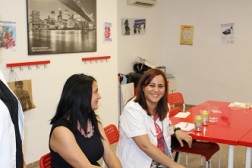