As soon as we arrived at El Prat Airport in Barcelona, Edward, our teacher, gave us a brochure with schedules, guided tours and different activities that we would do in Edinburgh, with this we started reading in English and knowing in a summary what we were going to see. 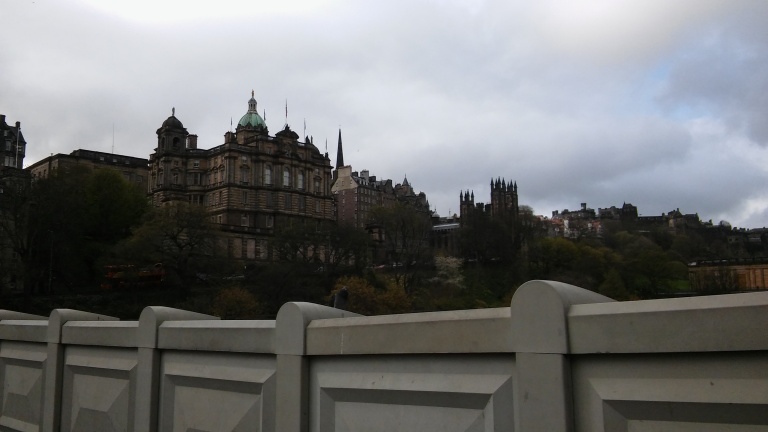 Our first activity consisted in a «selfie Race in pairs», with this we made contact with the city for the first time while we tried to ask in English, read directions, signs, etc. We had to make a group and upload the photos required by Edward previously. In the end there would be a prize for the winning group. Here are the photographic suggestions we had to get during the race. We finished the race at the Waverley Bar where stories would be told by our Storytellers and pub people who were adding. It was completely full. 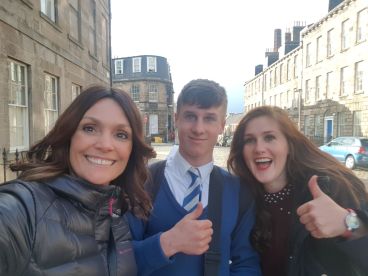 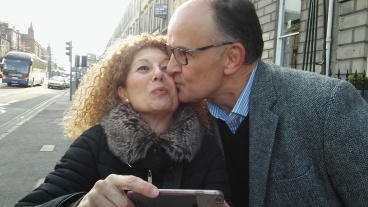 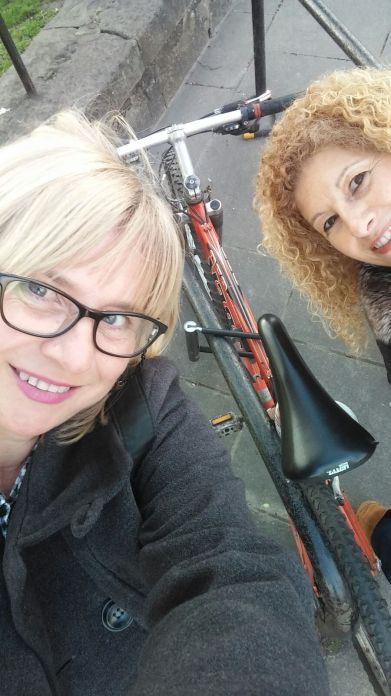 Here in the new Scottish Parliament, we had an introduction about the building, again, we were listening to our Polish guide speaking in English and explaining details of the building. We knew that the new Scottish Parliament was designed by the Spanish Catalan architect Miralles, and they told us how the different details and shapes could represent the transparency that was wanted to communicate through its design as well as many other things. 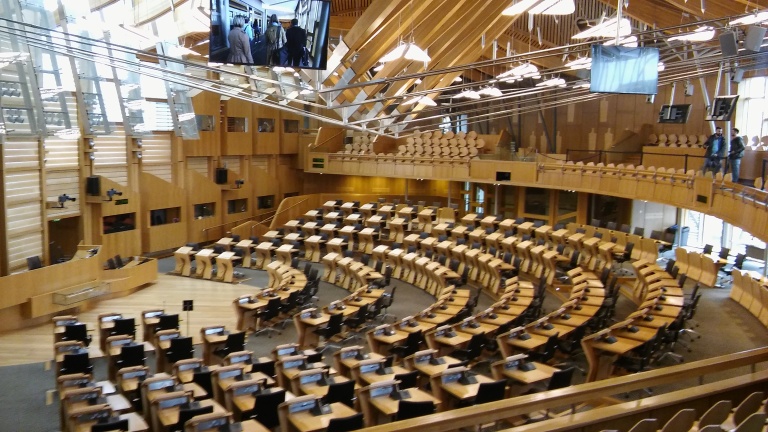 At 12h.We went in a Edinburgh guided Tour from Greyfriars Bobby.

On this tour and during our visit to Greyfriars Bobby we could hear the famous legend of Bobby, a puppy that for 14 years and every night was visiting the tomb of its owner. It is custom there to touch his nose to attract good luck. 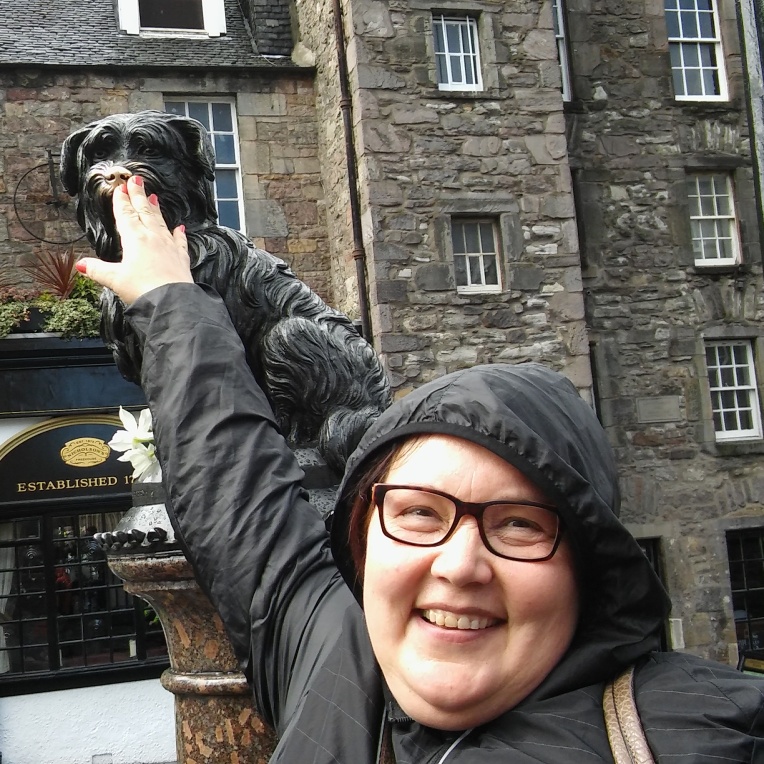 The Catacombs of Edinburgh – South Bridge – a cold, wet and dark place, for 1 hour, a guide took us inside the catacombs and explained us – in a very difficult English by the way -, that a long time ago and for many years. … There would be clandestine distilleries, people sick of being infected by the Plague that died incessantly, criminals, destitute and the worst of the poor society of Edinburgh. There were hidden temples, cramped corpses, and souls in pain … .huiiii … what a fear! What a pain! Let’s go to something else!.

Good!!! going to something more fun than what we had … and much …after the cold of that cave, we got into another cave the – Karaoke, The Banshee Labyrinth , a pub with cinemas, narrow and dark corridors -… etc. … And there we did another linguistic immersion in English, big letters and very good vibes. People pointed to the song they wanted to play on a sheet and sang. By the way, we sang 3 songs. We had fun, and enjoyed a lot!. You will see the videos in the next blog post. 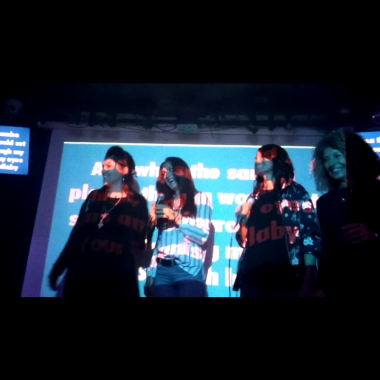 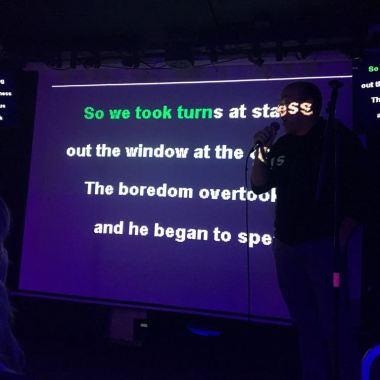 Monday, April 30
At 11: Escape the museum, one of the most interesting games we have played. With our teammate, we had to follow some clues to find the piece or the data we need to complete the level and move on to the next, it was so interesting that we spent the morning very fast and could not finish it in our regrets. I show you the instructions that Edward passed on to each group once each level was approved. Incredibly fun
Once again we had to read, look at details, ask attendees and communicate with each other apart from following the instructions that some were … ..Very difficult.

After this, Storytelling in the house of David. This was one of the most endearing visits we made, we went to a private house, and they accommodated us in the living room and- family atmosphere- , where David, the owner of the house, Fergus and Claire, told us endearing stories and songs … what a good memory!

That same afternoon and without waiting for it, they told us that if the ancient Celtic festival of Beltane in Calton Hill was going to take place, it would take place that same afternoon. Some of us despite being exhausted went there. A full day 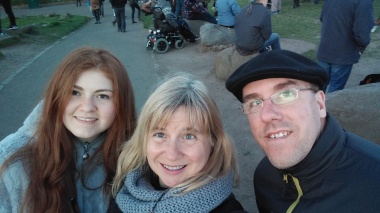 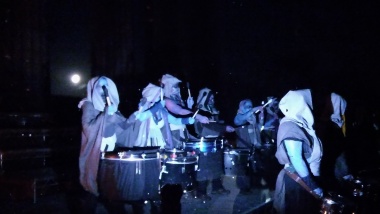 Tuesday, 1st of May train to Glasgow

We had  a surprise guide, – Michel-who offered Edward to show us some places in Glasgow.

… And I have already told you the most important and in much reduced way. In short, in another post I will show you videos and many more photos.
Thanks to FM for contributing to the realization of this trip, and to the Lockhart Academy, for the dedication in carrying out all the activities with such affection.

2 comentarios en “As I promise you…., I am going to detail our amazing trip to Edinburgh.”